RECOGNITION AND AWARDS FOR PISCES CREWS AT ANNUAL CHRISTMAS PARTY 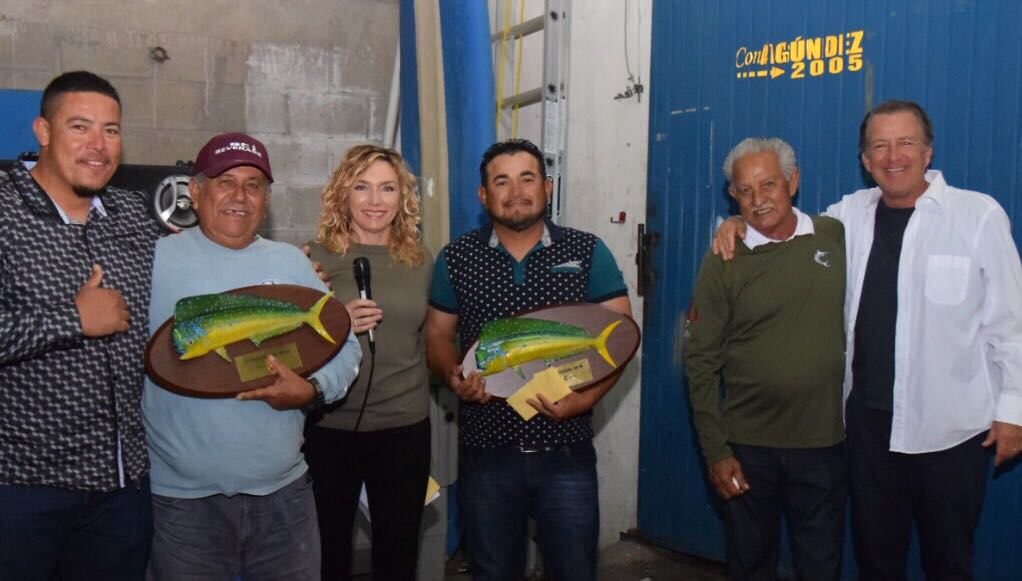 Last week we had our annual Christmas get together, just the way the boys like it; at our boat yard with a grill, a few beers, laughs and recognition by management and peers of those crews that stood out a little more than the rest. TI guess you could say they are experienced!  Jose Ramon from the Rebecca was kind enough to share a pig he had fattened at his ranch for everybody to share and Captain Tony’s did it in what they call a “coffin” before a finally toasting on the grill. 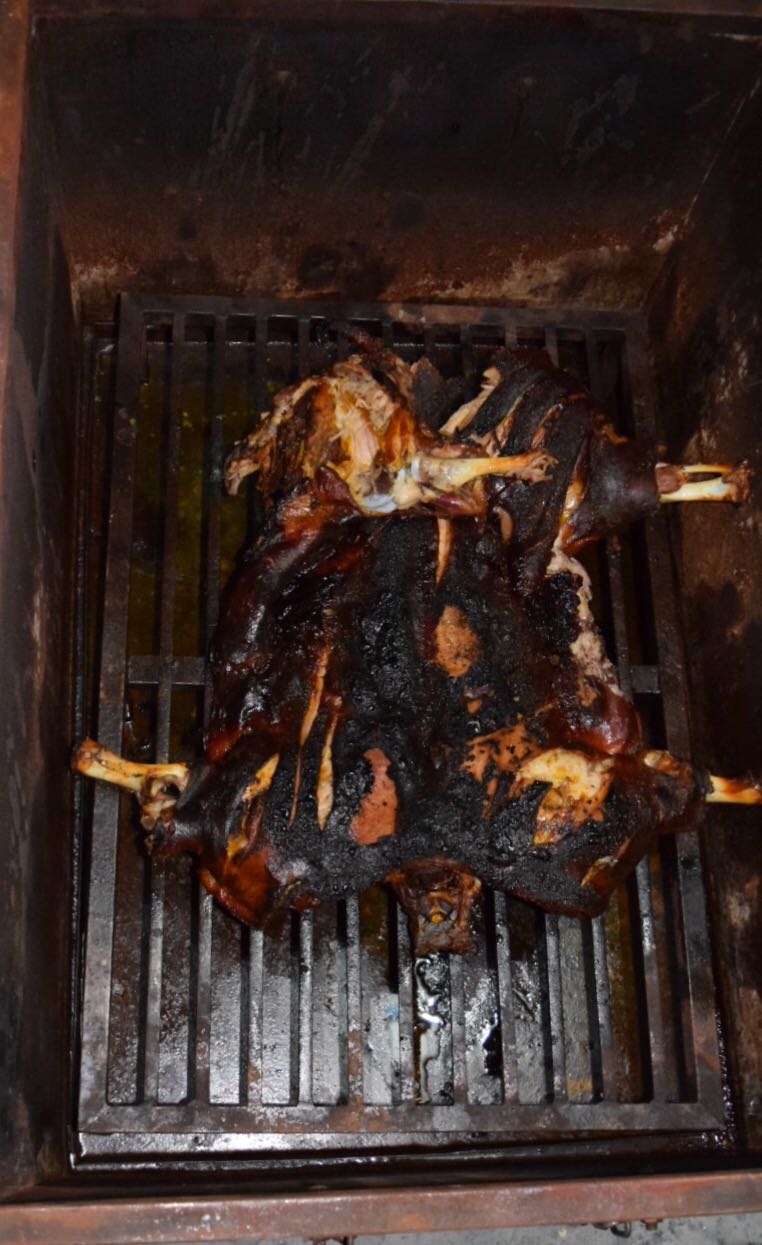 The restaurant did a fabulous job or carne asada, quesadillas, chorizo and beans.  It’s hard to overstate the level of camaraderie and warmth amongst this group. 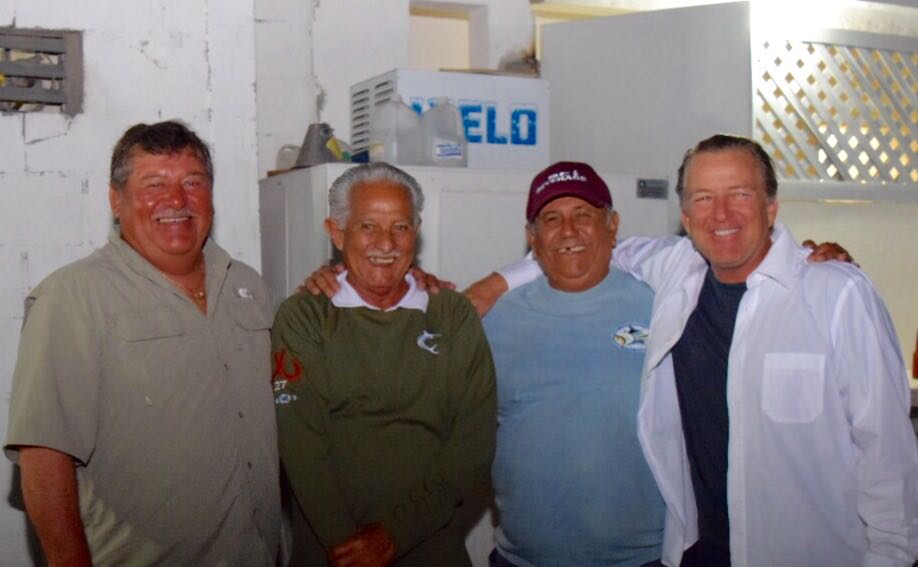 Everybody was especially pleased to see Enrique “Kikon” the now retired ex-captain of Adriana and Leon Camacho, also retired, ex-captain of Ruthless. Both of these guys served as captains for many years at Pisces, Leon for 38 years and Kikon for 28, they are still part of our Pisces family and were proud to help present this year’ awards. Top dorado boat was Ruthless with Beto and Roberto, top Tuna boat was Tracy Ann with Julio and Martin, who also took top marlin boat. 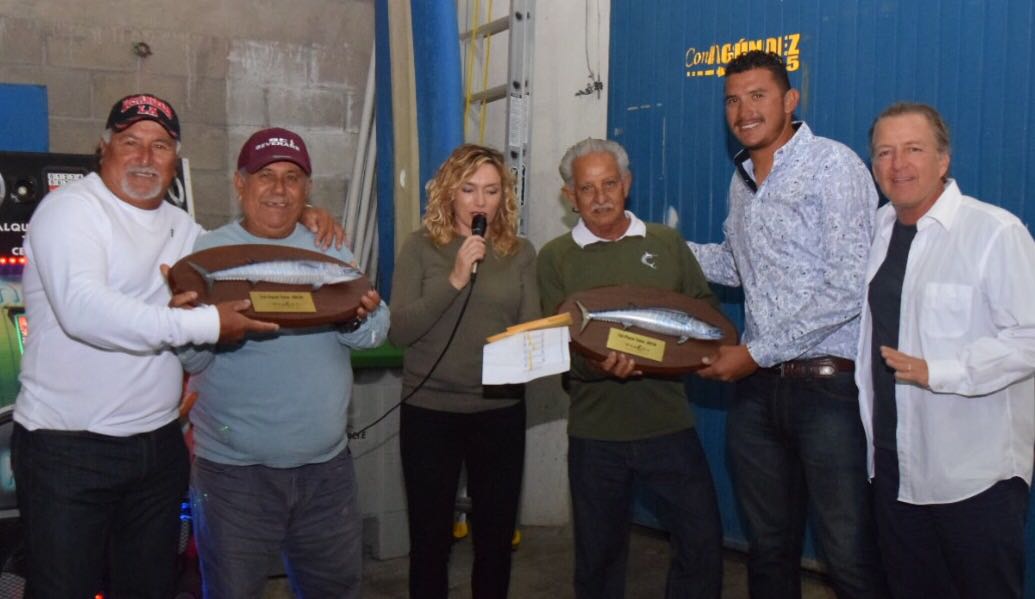 Top overall boat was Valerie, who had an overall catch success rate of 92.75% slightly higher than the fleet average.  What this means is that Valerie came back the least amount of times without catching fish and that 92.75% of the time they came back with something, big or small game.  We had fun having the captains speak as they received their trophies and cash prizes and it was humbling and moving to see how humble and generous they are with each other. When Captain Roberto of Valerie was asked what his secret to success was he said “I love being on the water, I love being out there, I wish I didn’t have to come back each day”, to which we jokingly replied that we wouldn’t tell his wife. Salvador his deckhand said he highlight of the year “was to be able to bring a fish to the scale in the Tuna Tournament” it was his proudest moment of the year. Pisces boats did exceptionally well in the tuna tournament this year with five of our boats in the top ten at one time during the two day event. All in all a great year we are thankful and blessed to have such a great group of guys on our team. We wish you all a Merry Christmas and hope you come and see us in 2017.