BISBEE AWARDS NIGHT AND THE PAYOUTS

Last night was the culmination of three days of hard fishing resulting in euphoria for a few, renewed determination to come back next year and try again for many and disappointment for others. This is a tough tournament with a lot of very skilled anglers and captains as well as others who are just plain lucky. 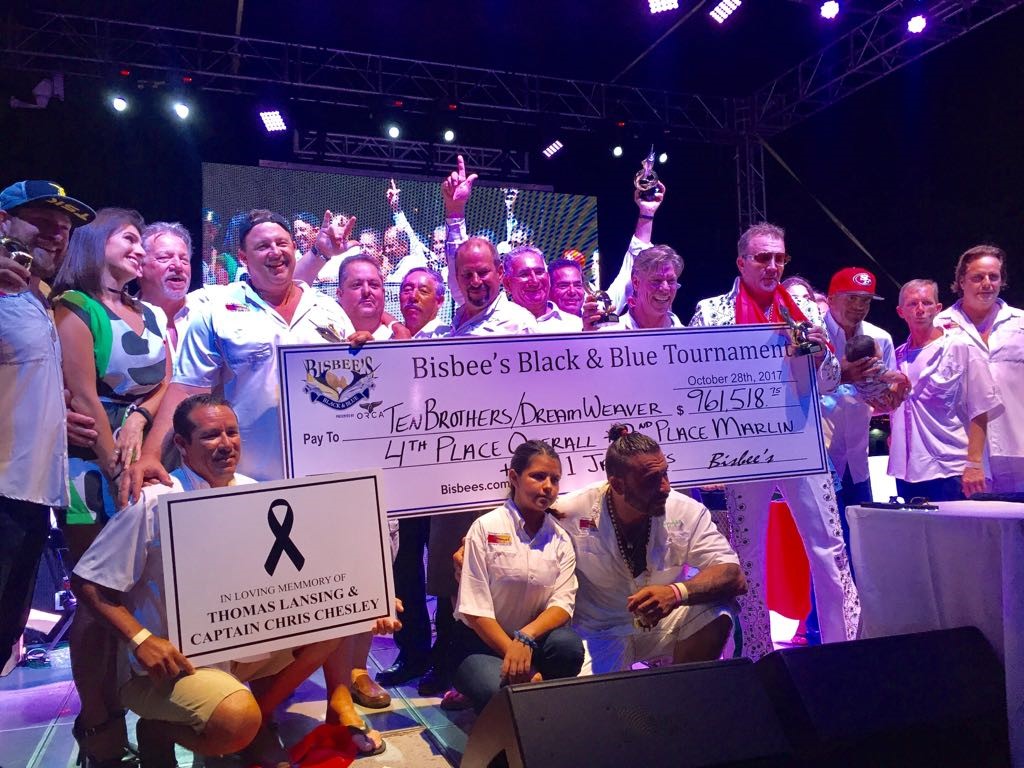 What everybody wants to know is how much did they win?

So here is the list of the payouts starting with the biggest check, however it does not denote the order of placement in the tournament. Those who won big were entered in all the jackpots and had the biggest fish on one of the three days. 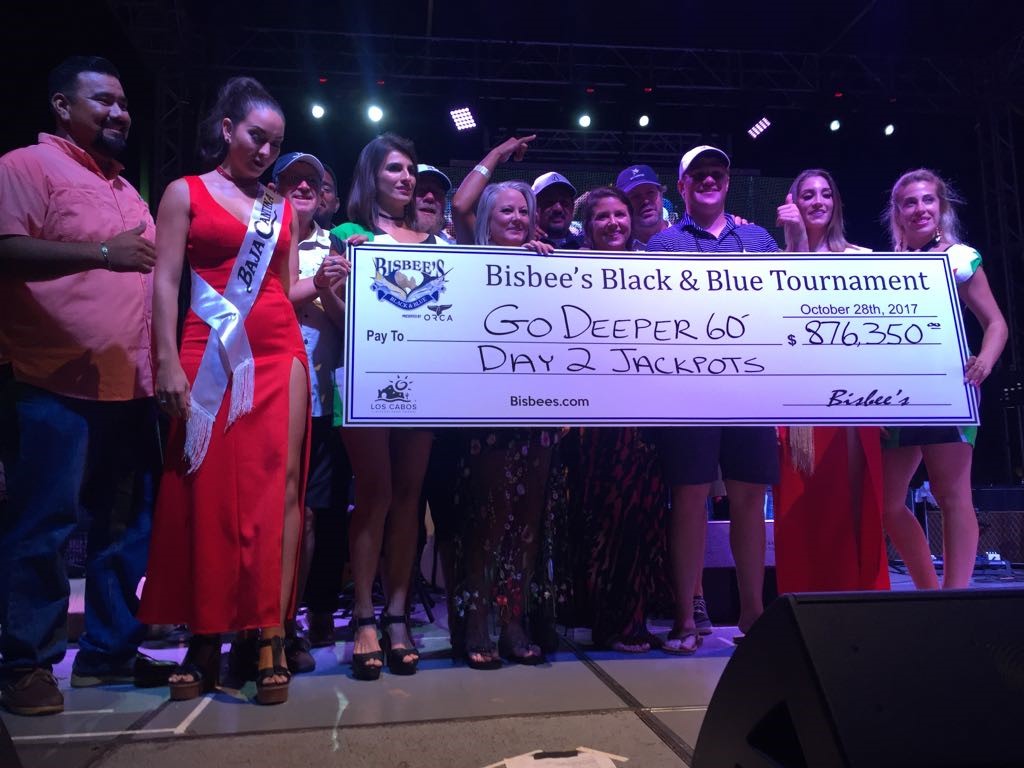 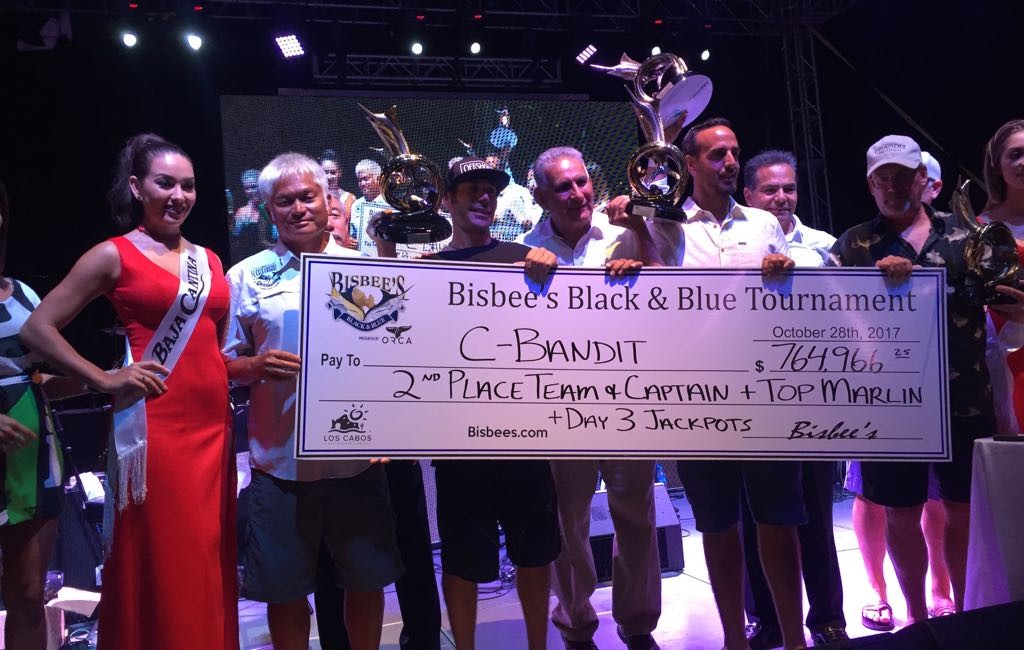 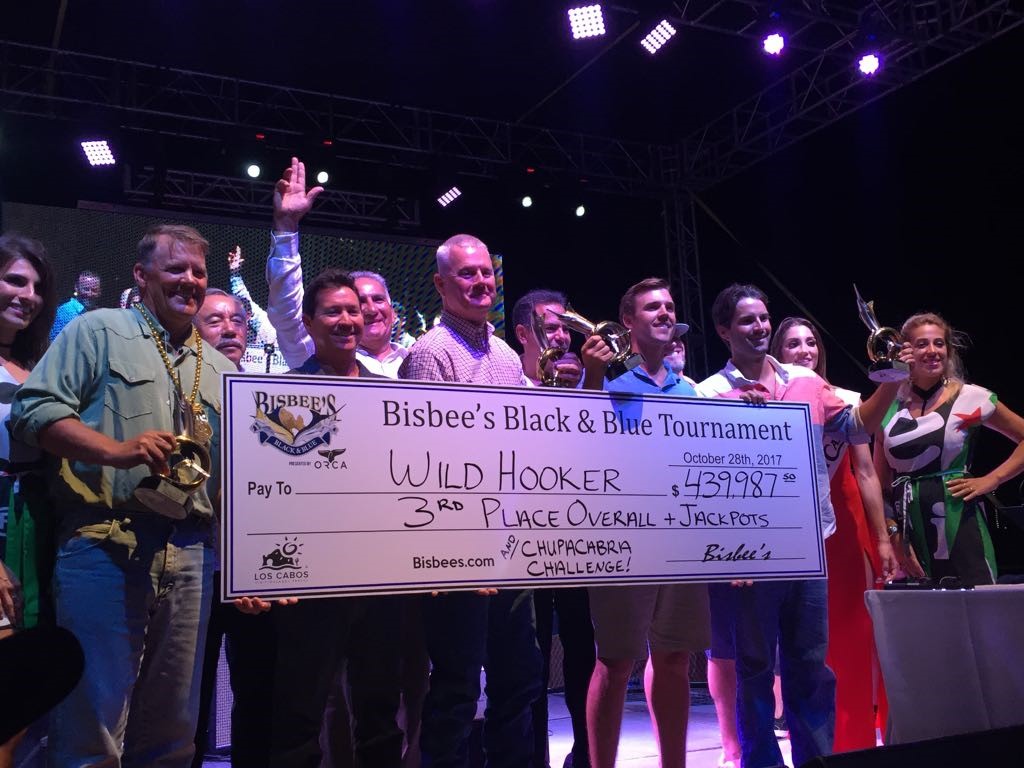 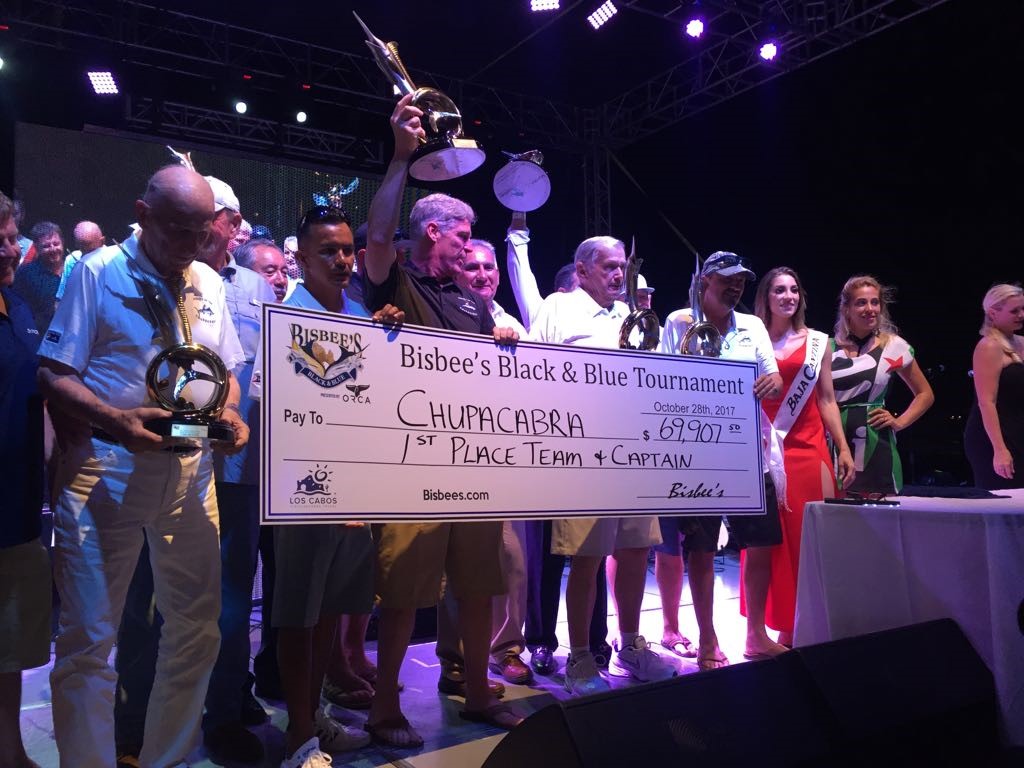 The backstory: Team Ten brothers had quite an amazing story and were just TWO POUNDS shy of winning the whole tournament. These are a great bunch of guys, contractors from Chicago, yes, they really are brothers, not all by blood, but certainly by a bond of friendship and all have personalities larger than life. Down to earth guys, lots of fun (one dresses as Elvis in the whole white jumpsuit with rhinestones, slicked back hair and sunglasses).

These guys were fishing with their favorite captain Hiram Montano, a very talented local skipper with previous wins in the Bisbee, aboard his 33 ft. Bertram Dream Weaver. They were just a couple of miles offshore near Pedregal with live tunas in the water as bait, when a black marlin surged up behind the boat and swallowed one of the tunas, Hiram shouted at the team to get the other baits out of the water and four seconds later, they saw an even bigger fish than the one on the line, accelerating behind the baits being reeled up and attack one.  They had a DOUBLE HOOK UP! This captain had skill, two fish he knew were qualifiers, two different anglers and fish going different directions. He settled in and worked well, telling the anglers to be patient and to listen to his instructions. They had to work hard not to get lines tangled and in just an hour the first fish was at the boat. Seeing as they were concentrating a little more on the bigger fish, which was a blue, the smaller black was gaffed hurriedly but got hit in the kills and started bleeding out all over the deck as it was hauled aboard. Hiram knew the fish was at least 300 LBS and now Team Ten Brothers turned their attention to the task at hand to the blue marlin, which had now become tail wrapped, it drowned and quickly dropped down deep, stripped the reel of nearly all the line. Now it was a case of pure muscle power to haul up over 400 LBS of dead weight; no easy task that took a little over three hours, while their other fish was drying in the sun.  With both fish safely on board, they headed back to the dock to weigh their fish. The first one hoisted up was the black marlin, that came  up just short at 298 LBS! It is a given that if the fish had not bled and if they could have got back a bit early, surely that fish would have weighed 300 LBS or more. Nothing stops these guys though, they were not phased and hung up their next fish, which was a very nice 456 LBS and took all the jackpots on day one.

What is it with this team? Just last week they won $252,000.00 in the Los Cabos Billfish Tournament aboard the same boat and in the Bisbee in 2009 they won $556,000.00 followed up by another Bisbee in 2010 when they won $420,000.00. When asked what the key is to their success, they say karma, its about being a team, being together and working hard – they showed us the blisters on their hands from the fish they caught – it’s about being a brotherhood called Ten Brothers.