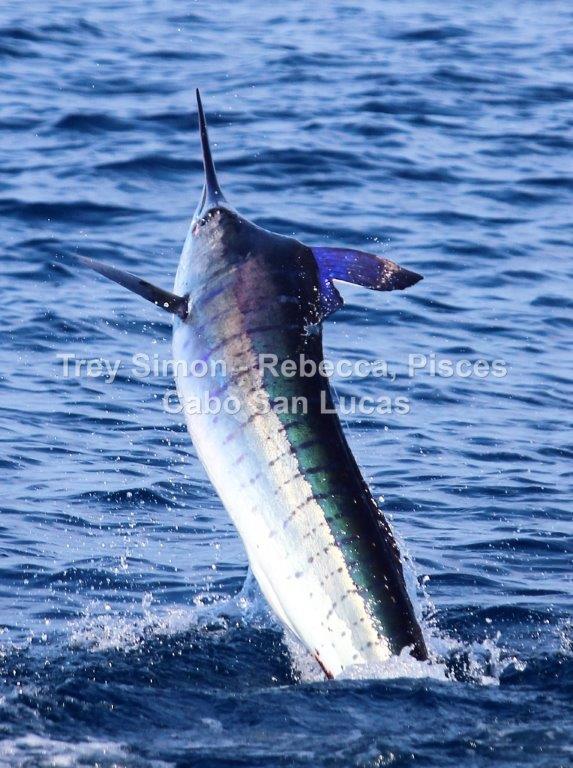 MARLIN: We are so pleased that fishing has stayed on track and continues to improve after a season of scarcity during the last few months. Even with a big moon the fish were not deterred and gave a good showing all week. To give you an idea of how great it’s been let’s look at the aptly named Brett and Melissa Fisher from Texas; they managed to hook, fight and release SIX striped marlin, ranging in size from 100 to 160 LBS aboard Tracy Ann at the 11.50 spot. Hot Rod had a hot day on May 16th, when they released five striped marlin up to 160 LBS as well as landing a tasty wahoo for the table with a group from Washington D.C aboard headed up by Richard Battaglia. A couple of days later they again were able to catch five marlin  with Wes and Susan Sellew on board. Another boat that did well was Bill Collector with four marlin released, also at the 11.50 spot for the McLaurin and Smith families from Livingston, Texas. Not to be left out were the Rebecca and Ruthless each with four marlin apiece released on May 20th. Other boats released between one and three marlin with those not catching generally people that got seasick and who wanted to come back early. Live bait was absolutely the way to go and the best location was the 11.50 spot on the Cortez side. Marlin was the top catch this week, with seventy percent of our boats catching, giving us a total of 109 fish of which 107 were released – several fish tagged.

OTHER SPECIES: We continue to see a variety of sharks being caught in the same area as the marlin all of them are being released. Andrea a 28 ft Uniflite released two thresher sharks up to 100  LBS, a 70 LB pilot shark and also released a striped marlin for Glen McLaughlin and Sara Madsen. The varieties of shark caught this week were pilot, hammerhead, thresher, mako and lemon and twenty percent of our charters hooked them. Dorado catches were a little better this week at thirteen percent and this should increase as we approach summer. Bill Collector caught five small dorado, two small tuna and released a pilot shark and a striped marlin for Art Muff and Nicole Scarduzio. Tuna catches were slow with just a few fish caught around the 10 LB mark. Inshore the fishing has slowed down somewhat with the pangas being hit or miss, nevertheless twenty percent of the boats caught a trigger fish, skipjacks, grouper, sierra, jack crevalle and small roosters. Mid week there was a flurry of wahoo activity for boats fishing a bit closer to Cabo with some fish up to 60 LBS. George from Cleveland out on the panga Tres Amigos caught a 40 LB wahoo, two tuna and thee jack crevalles.

LOCATION: 11.50 for marlin and shark, Cabeza de Ballena and Lighthouse for smaller game. Difficult to fish the Pacific as the wind blew hard all week.