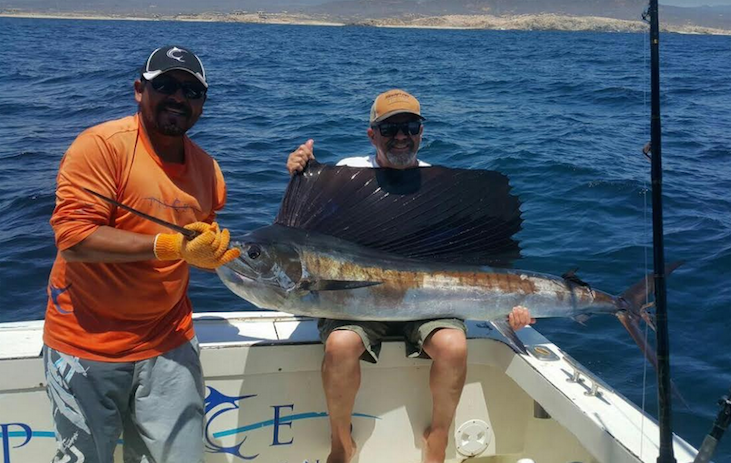 Sailfish released aboard the Pisces Andrea.

A great week of fishing with all but a few boats catching fish in the whole week! Still seeing many boats landing double digits of tuna, scattered blues, stripers and sailfish, with dorado numbers picking way up. Our 32ft Bill Collector and the Petty family form California started off the week with some nice dorado catches, reeling in five and releasing all but one, as well as five yellowfin tuna around 10-15 lbs., and one wahoo, all out at Cerro Colorado caught on hoochi lures, cedar plugs and feathers. 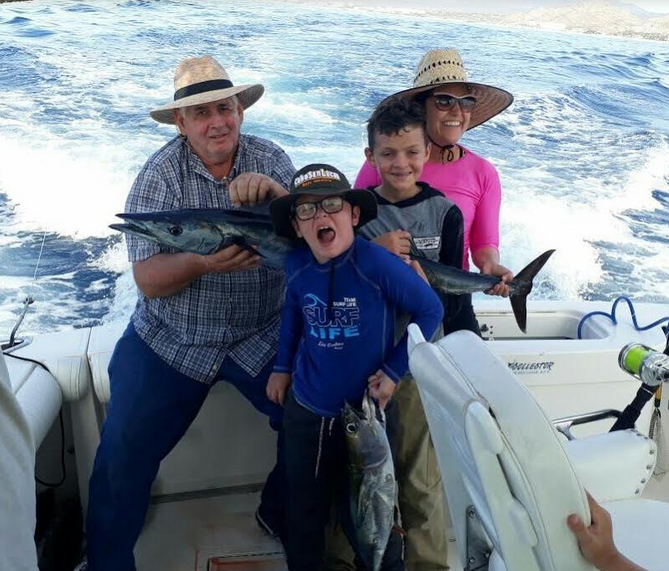 Fun for all ages aboard the Pisces Bill Collector.

More dorado seen the next day, as anglers from Washington, Cristi and Rick Nelson, both caught themselves a decent-sized dorado each, around 25lbs. They released both of these out at Pozo Cota on the 61 ft. Tag Team. Captain Nayo Winkler also managed to get them on some tuna; they had their work cut out for them with 12 yellowfins caught, all around 10-15lbs, and some released. The dorado took to the feather lures while the tuna took hoochi, cedar plugs and some feathers.

Our 85ft luxury fishing yacht Contessa also had a successful day fishing, with the Vollebrechthaussen family and friends from Mexico City catching four dorados, four football-sized yellowfin tunas and four skipjacks out in front of the Old Lighthouse on petrolero lures. Lucky for them to have a private chef on board to make them the freshest sashimi ever!

Captain Julio Castro and deckhand Luis Cota had a great day with anglers Colton and William from Shiner, TX. They caught seven dorado, four of which they released, that weighed between 5 and 20 lbs. The dorado took green lures, feathers and caballito bait out of Golden and Migri?o area. If that wasn’t enough, they also landed 19 yellowfin tuna on cedar plugs and feathers, and five bonitas.

As for billfish, the 38 ft. C Rod caught one of the few sailfish seen this week out at Migri?o, weighing approximately 100 lbs. (released). They also landed three dorados weighing between 10-15 lbs. 31 ft. Tiburon had a great marlin day as the crew went the distance, literally, to find their anglers from Escalon, CA, their fish. They travelled out 20 miles to the 200 Spot and it was well worth the ride: two striped marlin around 100 lbs. landed and released that took to caballito bait and one nice blue marlin around 210 lbs. also released.

Since some fishing this week came in closer to shore, even 25ft panga Poseidon managed to take a crack at the marlin and tuna. They landed one 150 lbs striped marlin on caballito bait out in front of Solmar, as well as one 15 lbs. dorado and three yellowfin tunas (15 lbs.) on cedar plugs and feathers.