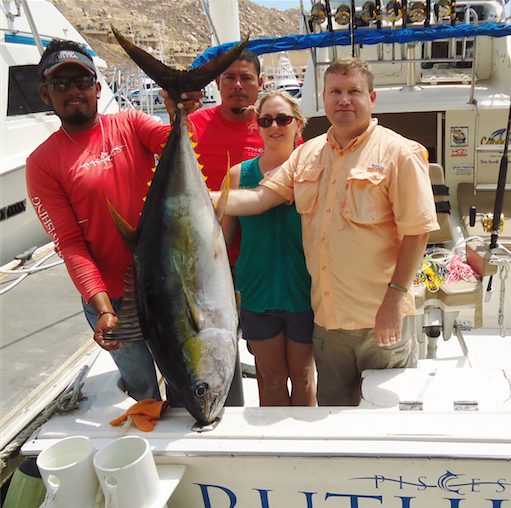 BILLFISH: We saw a definite change in the direction of fishing this week, as the last couple of weeks were mostly focused around the yellowfin tuna and blue marlin action for Pisces Fleet, we saw striped marlin catches increase, as well as sailfish. Fishing grounds were variable throughout with more boats venturing out to the Pacific side. Starting off our week the Pisces Tracy Ann had a spectacular day for a group of anglers from Houston, Texas. Captain Julio Castro put them on three striped marlin (released), two yellowfin tuna, one dorado and four skipjacks. Later in the week we saw the Pisces Adriana catch and release the largest blue marlin of this report, estimated at around 340lb. This fish took caballito live bait at the Herradura spot for a group of anglers from Colorado, leaving them with just a bit more thrill than their local brown trout fishing. Even our 85ft Pisces yacht the Contessa, captained by Billy Albaugh got in on the fishing action. They had a great day for a group of anglers from Waskom, Texas; catching and releasing a striped marlin, landing a 180lb blue marlin and a nice sized 25lb dorado near the 95 Spot. The Pisces Valerie also had a good day catching and releasing two billfish, a striped marlin estimated at around 130lb and a 200lb blue marlin for some anglers from Covington, Louisiana. They where both hooked up at Migri?o on the Pacific side, taking caballito live bait and a guacamayo lure respectively. 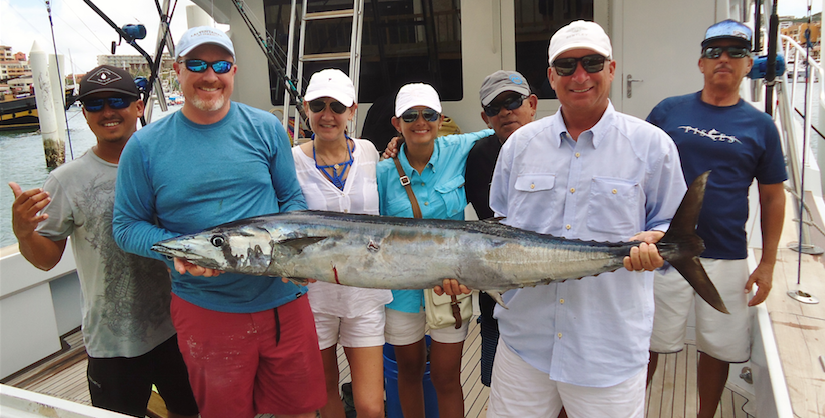 Wahoo bite has been picking up this week.

OTHER SPECIES: Like we said above, it seems like the fishing has definitely seen a change this week. As yellowfin tuna catches go down, and dorado catches go up. This is nothing but a sure sign of the weather changing and our hottest part of summer, i.e. warmer water and changed currents. While we have consistently been seeing yellowfin tuna being caught on the Pisces boats, now dorado and even some more regular catches of wahoo seem to be more common this week. Pisces boats that fished inshore also saw a greater variety of smaller game fish, and some sharks continuing to be caught and released. The Pisces Valerie heads up the leader board in terms of numbers, landing 18 Dorado (three released) on the 17th of August. While in terms of size, we see the Pisces C Rod captained by Abel Ramirez, landing some of the largest yellowfins of this week, with the 80 and 150 pounders caught on orange-green lures about 35 miles out from The Arch for a group of anglers from California. We saw catches of wahoo up a little as well, leaving many a happy angler, as they’re excellent eating fish. On the 18th we saw the Tracy Ann catch a 30 pounder while the Shambala catching the largest of the week at 54lb, landed on a tigrillo lure.

LOCATION: Fishing grounds were variable, with more going on at the Pacific side than in the last couple of weeks.

WEATHER CONDITIONS: Sky mostly clear this week, seas calm for the most part. Air temperature lows were in the mid-70s with highs in the mid-90s. 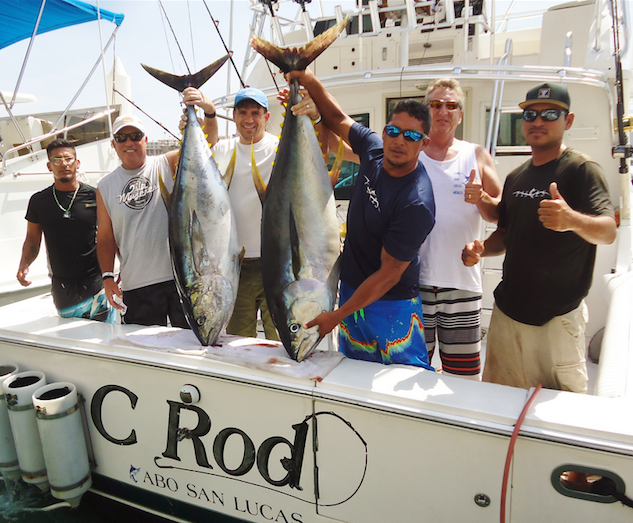