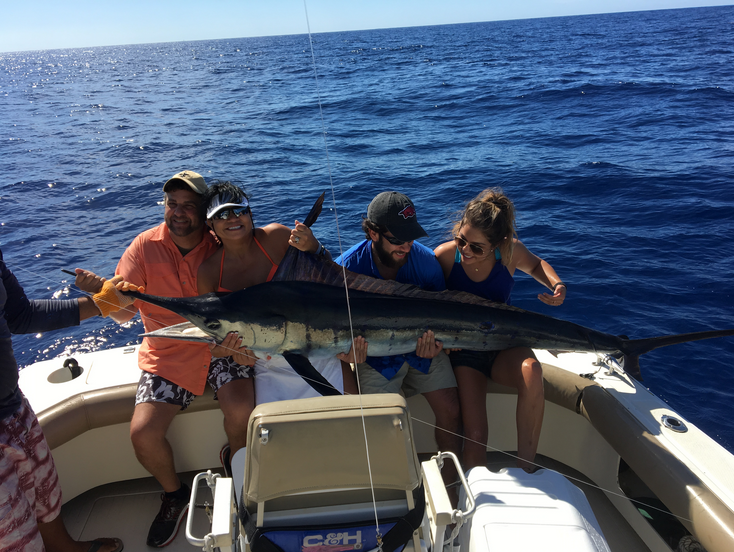 This week was another good one with 93% of boats catching fish; it was definitely the time for dorado and striped marlin more than anything. As tuna catches were down to about 7%, however there was a pretty mixed bag of smaller inshore game with sierra mackerel, skipjack, grouper, triggerfish, pompano and roosterfish all landed this week. Those boats that ventured the furthest north on the Pacific side this week were again rewarded with high numbers of marlin catches, especially near Todos Santos and the Finger Bank. The Pisces Andrea caught and released ten striped marlin between 115-125lbs on the 20th, just off of Cerritos beach for a group of anglers from Hermosa, California. While the Pisces Tracy Ann captained by Bruce Monta?o caught and released six striped marlin of between 100-140lbs at the Finger Bank for their group of anglers. Also at the Finger Bank, we saw the Pisces Yahoo catch and release nine striped marlin of between 120-180lbs, caught on macarela live bait for a group of anglers from Sonora, California. 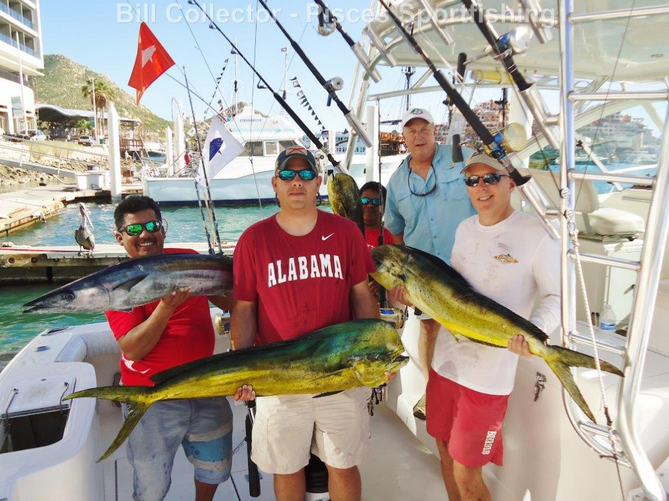 The largest number of dorado landed was twelve, all between 15-20lbs aboard the Pisces La Brisa captained by Ray Winkler. They also caught and released two striped marlin of between of 100 and 150lbs for some anglers from Tabirnash, Colorado. The La Brisa went on to repeat their dorado success and landed eight of them on the 23rd fro a group from Reed Point, Montana. The Pisces Rebecca had a nice day for some Scandinavian anglers, catching and releasing three striped marlin of between 100-140lbs as well as landing two dorado of around 20lbs on live bait. The Pisces Ruthless captained by Roberto Padilla landed a nice catch of 10 dorado of around 15-22lbs on the Pacific side for a group of Texan anglers from Van Alstyne. The Pisces Valerie had a really nice mixed bag of catches on the 25th, having caught and released a striped marlin near 130lbs, eight dorado between 15-20lbs, as well as landing the largest wahoo of the week at 45lbs; all this for a group of anglers from Ventura, California.

WEATHER CONDITIONS: Clear some days, partly cloudy on others; seas were mostly clam with air temps in the low 80’s. 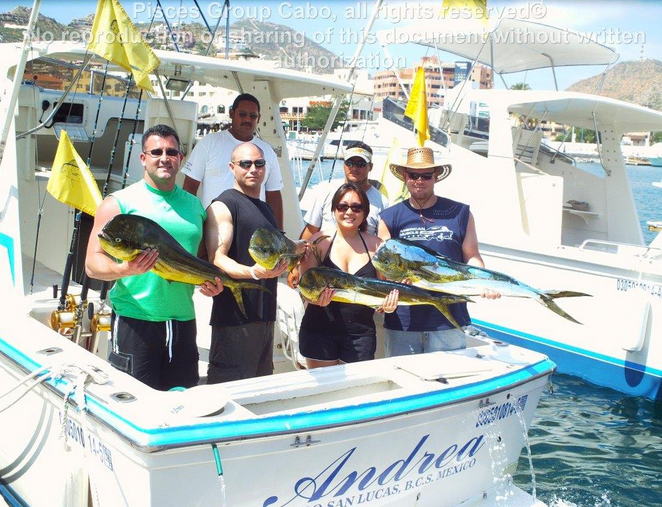