I must admit that this week has been one of our Summer’s best for fishing here in Cabo, and therefore, one of the hardest weeks for me to write this fish report!There have been so many fish caught and of different sizes and species that I wish I could fit it all in, but I’ve had to pick and choose what I consider our best catches. Billfish this week included sailfish, striped marlin and blue marlin, all released. We’ve had more tuna than we can fish and a standout BIG wahoo too. 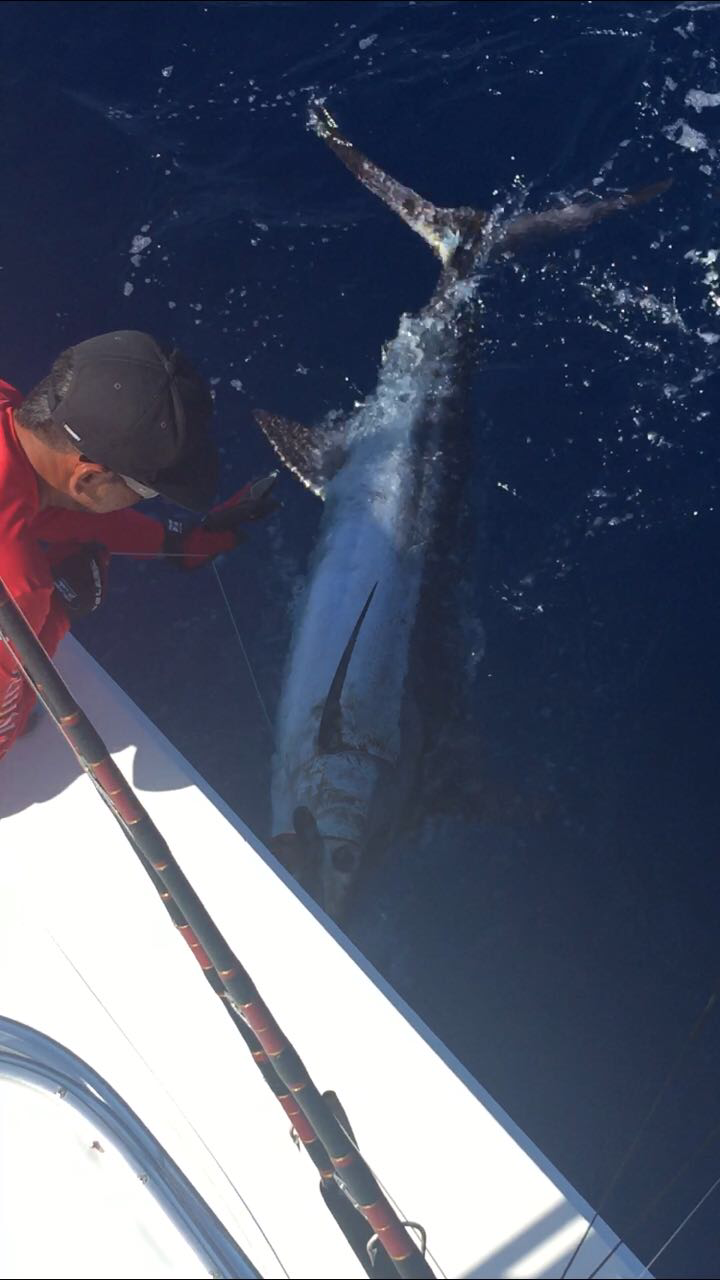 Yellowfin tuna have been, without a doubt, the most abundant catches this week, with boats catching up to 25 fish each. The 38′ Pisces C Rod stood out this week as they had anglers Angelo and Kylie Abela on board, who I think must be the luckiest Australian anglers we’ve ever met! In four days of fishing they caught 77 yellowfin tuna, and 1 blue marlin, which was released. with this three-man crew.  I hope they have a big enough freezer back home. Most of their tuna averaged between 15 to 20 lbs each, with capture locations varying between the 11:50 Spot to about 20 miles out from Migrino and for their blue marlin they were 40 miles out from the 130 Spot. All tunas hit on cedar plugs and feathers while the blue marlin, which weighed approximately 200 lbs and was released, hit on a black and red lure. 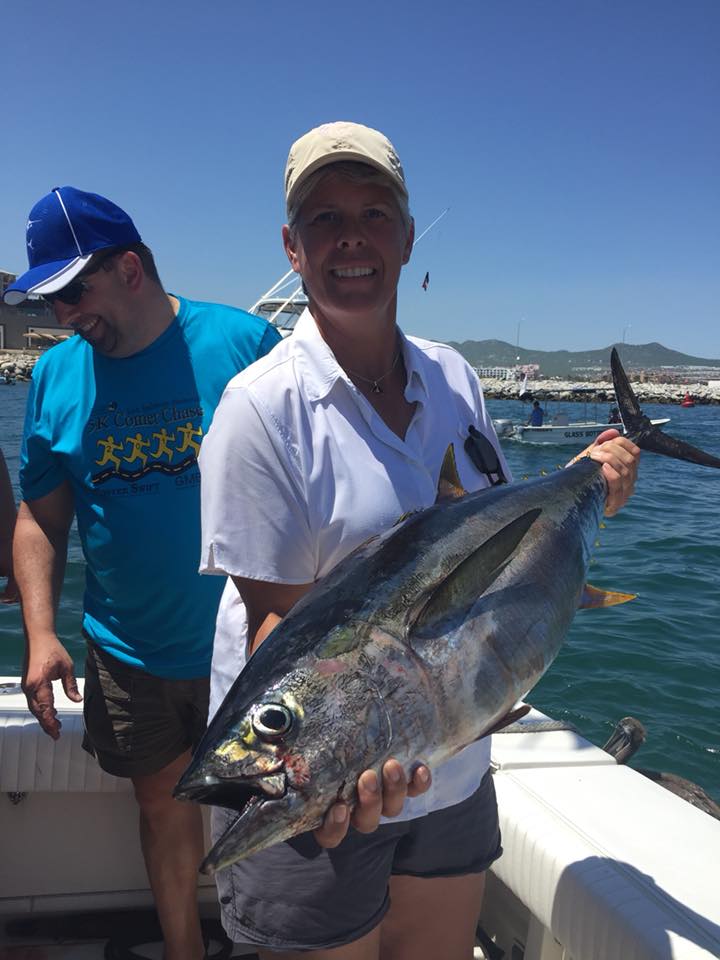 July 7th, Captain Tito Olascoaga aboard the Pisces 35′ Knot Workin’, with anglers from Katy, Texas, caught the biggest tuna of the week, weighing in at 45 lbs. In addition to this, the group caught another 8 yellowfin between 10 and 25 lbs, all found 35 miles out from the 120 Spot. The tuna hit on cedar plugs, feathers and hoochi lures. A few days later,  and anglers from Magnolia, Texas, found luck again, this time with 20 football sized tunas, which hit on feathers and cedar plug lures out at Herradura. They also caught two small skipjacks.

As for billfish, we saw Pisces 35′ Valerie catch and release 2 striped marlin of approximately 130 lbs each, which hit on Caballito bait out at the 11:50 Spot. Anglers John and Tracey Knaggs also caught 8 yellowfin tuna of about 10 and 15 lbs each on cedar plugs. Later in the week, the Valerie and anglers Anthony and Michael Vitullo caught and released and estimated 70 lbs sailfish on Caballito bait at the 95 Spot. 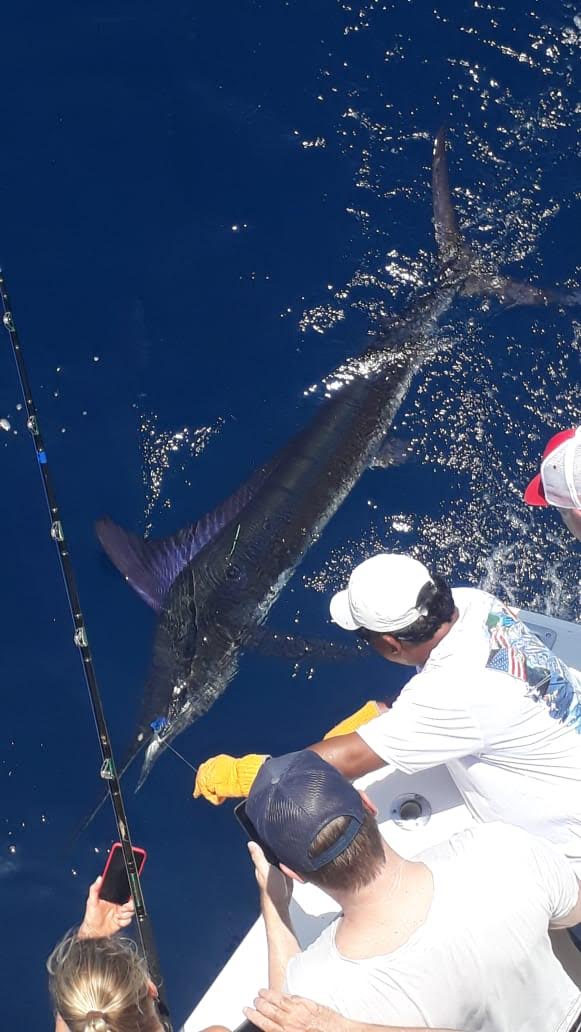 The Pisces 32′ Bill Collector also had a great week, with one 140 lbs striped marlin caught and released at San Jaime, lured with caballito bait by James and Jeremy Hemkin. They also landed 6 yellowfin tuna between 10 and 20 lbs each, on cedar plugs. And yet, another sailfish, of about 50 lbs, later in the week for Bill Collector, with anglers from California catching the fish on caballito bait at San Jaime. 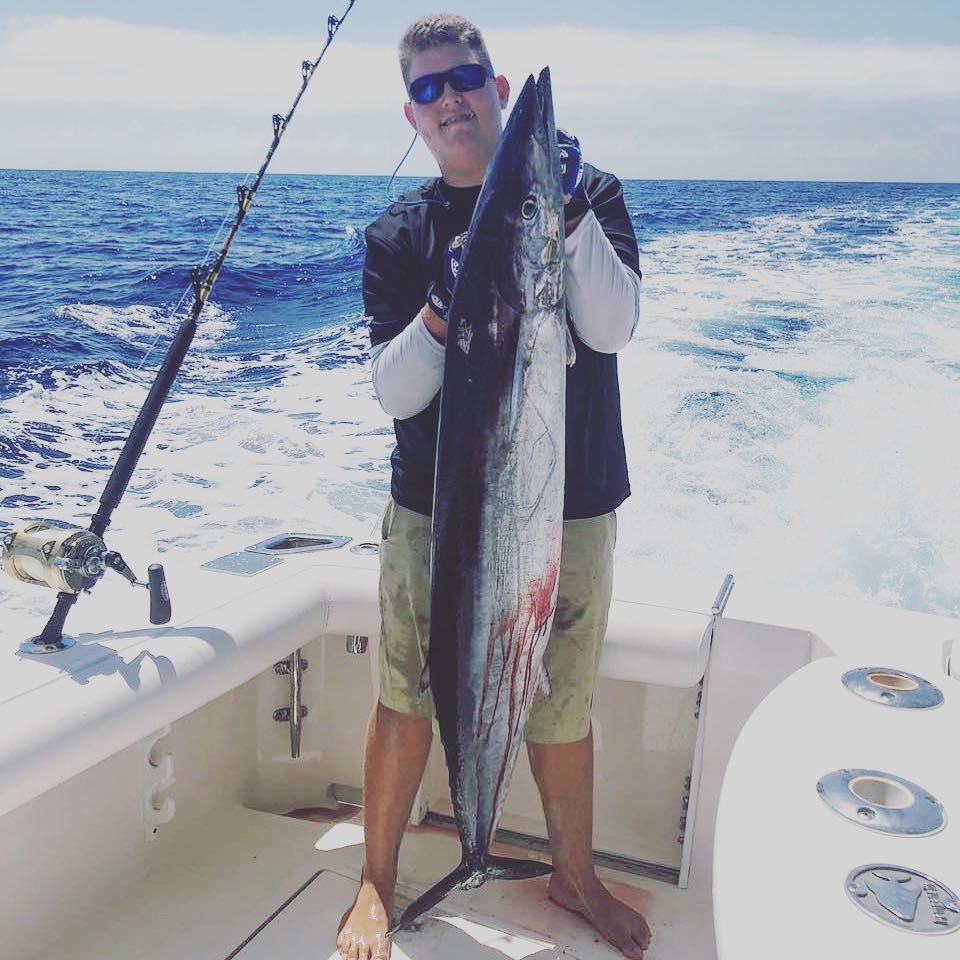 Our big wahoo this week was caught aboard Pisces 42′ Hot Rod; a beautiful 50 lbs fish (approx). The wahoo was caught on a chiwile lure at about 23 miles South of Cabo. Anglers, the Brummitt family from Texas, also caught 2 yellowfin tuna of about 30 lbs each on cedar plugs. Late rin the week, the Hot Rod also landed a nice sailfish, estimated at about 110 lbs. The billfish also hit on a chiwile lure, this time at Destiladeras.