BILLFISH: Fishing this week was for the most part consistent, however we had a couple of days when it was too windy to get up the Pacific to the Golden Gate where the marlin have been hanging out, causing boats to seek other locations with calmer seas but not quite as  good production. Top marlin boat was Pisces Shambala for releasing seven striped marlin at the Golden Gate for Brad Kline & friends from Bethesda, Maryland – all caught on live mackerel. The day before this Pisces Tracy Ann did well to release four marlin up to 120 lbs. and catch four tuna up to 20 lbs. for Curtis Matthew from Rock Hill, South Carolina, at Herradura.  Boats headed back to the Golden Gate again and Halcon with Samuel Connors & Ken Walsh aboard released four slightly bigger marlin, the largest 150 lbs. aboard Halcon.  Closing out the week Pisces Adriana released four stripers for Canadian angler Ken Kuhn. Other catches were of one to three marlin, in the 100 to 140 lb. class with seventy percent of our charters catching striped marlin, plus a lone sailfish. Pisces anglers caught a total of 92 striped marlin this week & 1 sailfish; all released. 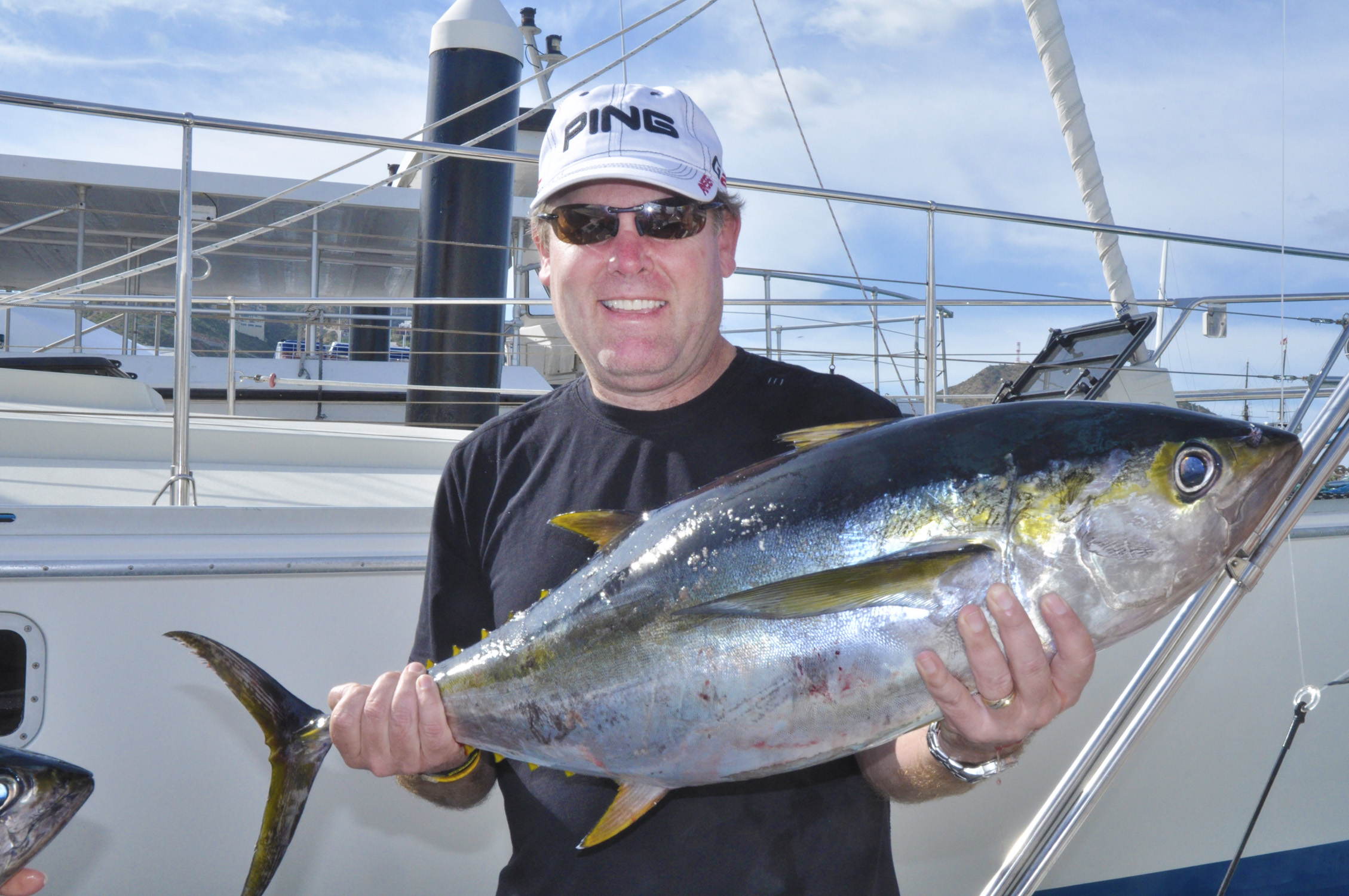 OTHER SPECIES: We were surprised that the dorado catches have remained steady though not prolific. Catches were general of one to three fish up to 30 lbs. and were found when trolling for marlin, about one quarter of our boats found dorado and our total fish count was of 30 fish. Yellow fin tuna catches were best at San Jaime but the schools were moving around, so they could be there one day, gone the next. When found anglers caught between two and nineteen in the 15 to 25 lb. class. Twenty two percent of charters caught this species giving us a total of 114 fish. Once again we had a large thresher shark, this time around 200 lbs., which was released aboard Pisces Cabolero, by Danny Herman from Louisville, Texas, who also released a 130 lb. striped marlin. This wasn’t the only sizeable shark, Pisces La Brisa, released a 90 lb. mako shark & two striped marlin for an all-girl group consisting of Carrie Carter, Lisa & Rebecca Manuel & Pamral Gvoledgi. The only other catches we had were a few rooster fish, sierra and the odd grouper.